We teased the PowerColor Radeon R9 295X2 Devil 13 GPU a few weeks ago, which requires an insane four 8-pin PCIe power connectors. At the time, we thought it would be the Radeon R9 295X2, but it looks like it will arrive with two Radeon R9 290X GPUs instead. 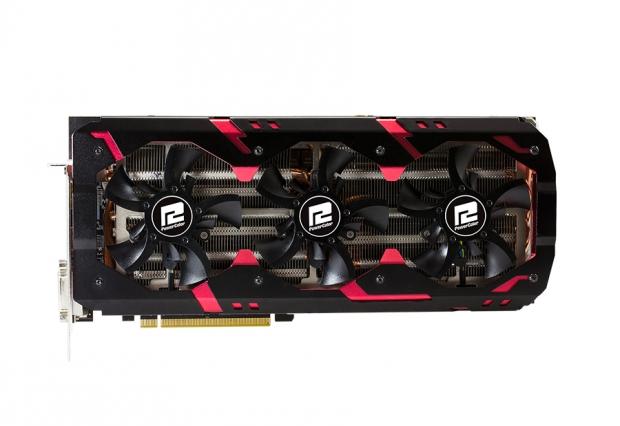 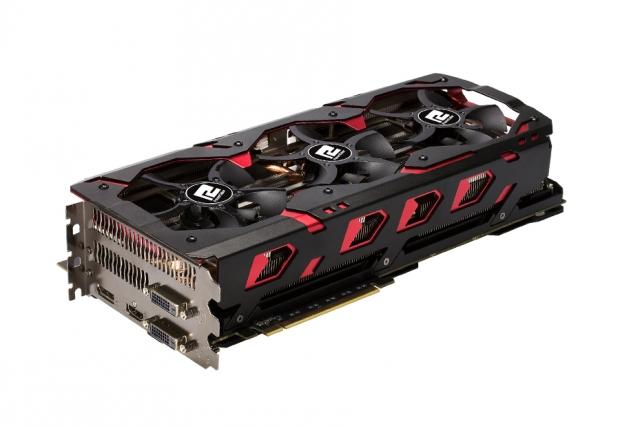 The PowerColor Devil 13 Dual Core R9 290X will feature two Hawaii XT cores, both clocked at 1GHz. There will be a huge 8GB of RAM on-board, which should be 4GB per GPU, over an 512-bit bus. We should expect power consumption to be higher than 600W for the GPU, which isn't too crazy considering a single Radeon R9 290X can push 300W or more. 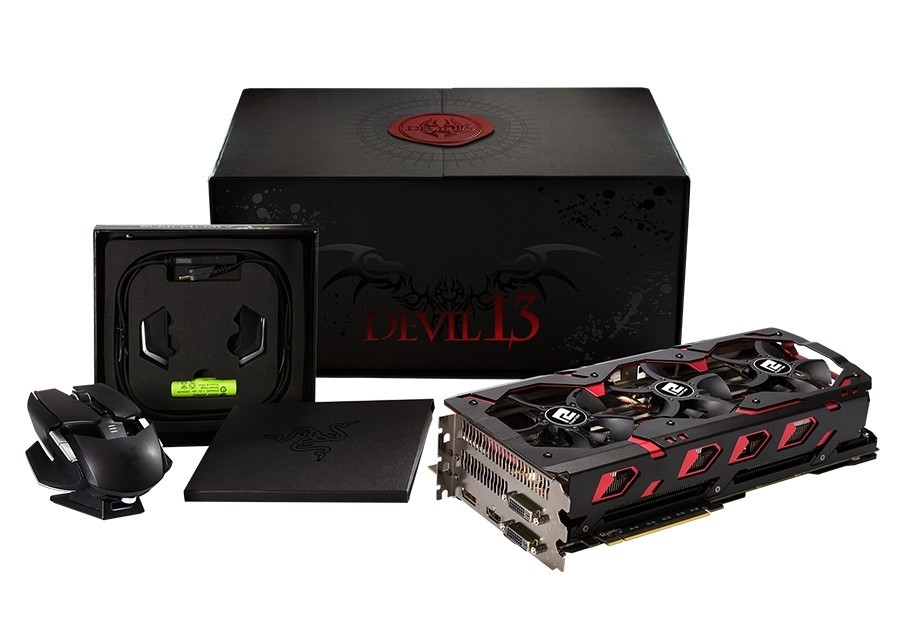