Not too long ago smartphones were being outsold by feature phones and traditional mobile devices. That is changing with more and more people upgrading to smartphones as time goes by. New statistics have surfaced from Counterpoint's Market Monitor that looks at Q1 of 2014. For that, quarter smartphones reached 87% of all handsets shipped. 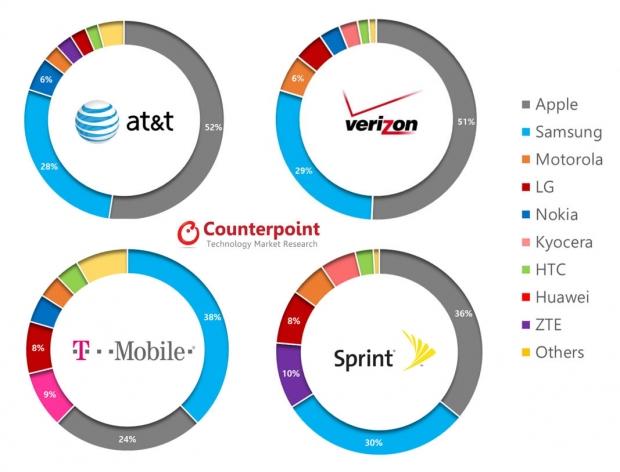 Smartphone shipments totaled 3 million units for the quarter. The stats are specific in pointing out that they talk about smartphones shipped, not devices sold. Shipped means sent to stores for stock, but the devices may still be in stock rather than sold to consumers.