This morning G.Skill announced that it will be hosting the OC World Cup 2014 finals at the Computex 2014 show in Taipei, Taiwan. The world finals will consist of six of the world's best overclockers competing for a $10,000 USD cash prize. The OC World Cup participants include "der8auer" from Germany, "8 Pack" from UK, "ZeR0_Dan" & "Hero" from China "Xtreme Addict" from Poland and "Splave" from USA. 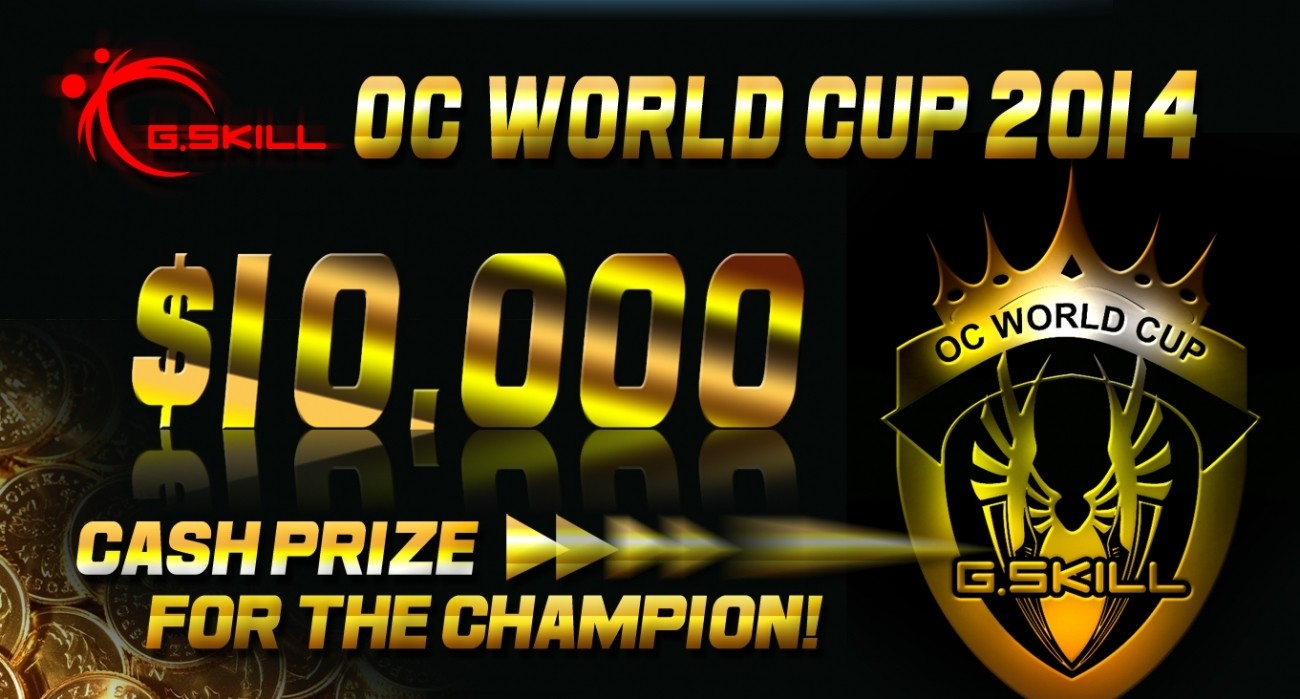