Today Google issued an update for its Gmail on Android app that brings forth several new additions to the service and improves others. The biggest addition is a new feature that allows users to save attachments straight to their Google Drive account rather than to their device. This greatly simplifies document management, and allows users to only download attachments once. 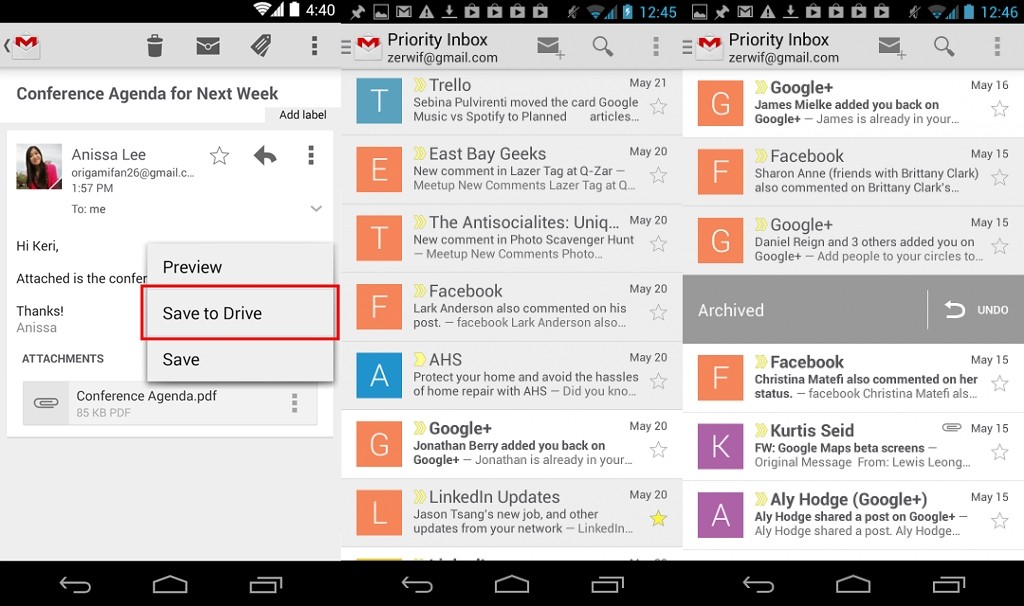 With the update, Google has also added explanations as to why a message was marked as spam. To see this message just open any message that is located in the spam folder. Google has also improved support for Right-to-Left languages such as Arabic, Hebrew, and Persian. The update will allow users to re-orient the Gmail UI for a better RtL experience. Finally, Google has improved how the navigation menu is accessed. In the past, users had to touch the hotdog icon, but now simply swiping left will display the menu. For RtL users, swiping right will reveal the navigation menu.