If you use your smartphone or tablet a lot when you are away from an outlet, you have undoubtedly been left without enough charge to make calls or check email at some point. In New York City, AT&T has put in solar charging stations in some parts of the city to help people get a free and green charge for their devices. 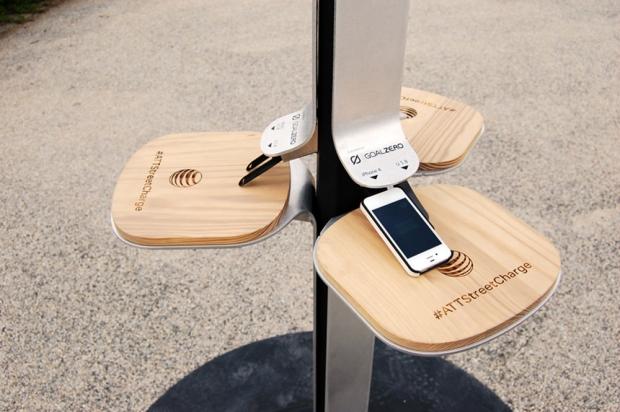 The wireless carrier has announced that it will be adding additional solar charging stations around NYC to give more users the ability to charge up a dead device or top off a battery while on the go around the city. AT&T has added 45 new solar charging stations, nearly doubling the number of solar chargers available. The first of the charges went into use in 2013.

AT&T is placing the solar chargers in parks, near benches, and in other high-traffic locations around the city. The new chargers are more robust than the previous generation. In the coming years, AT&T plans to add as many as 242 charging stations to areas of NYC.