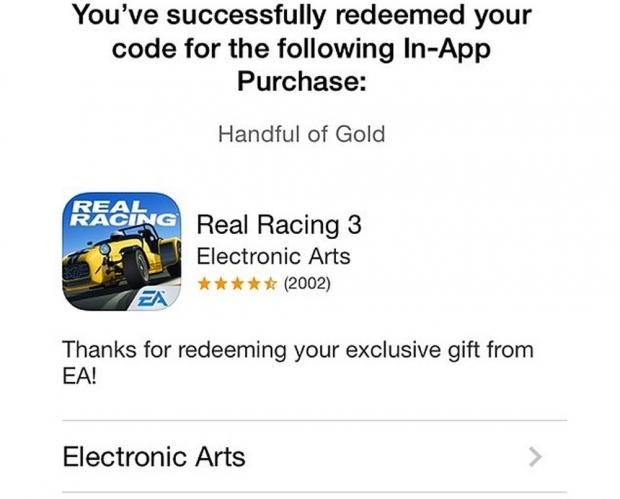 One of the first mobile game developers to take advantage of in-app promo codes was EA. It offered a promo code to players of Real Racing 3 if they visited the EA website. The code gave the players some free gold.

It's unclear if these in-app promo codes will be supported in all countries where the App Store operates. The test promo code reportedly didn't work in India for instance. In-app purchase promo codes are a good thing and will allow gamers who like freemium apps to get some freebies from devs to maintain their interest in the game.