Facebook has released an updated version of its app for iOS users that brings the mobile app to version 10.0. The updated app brings with it contextual cards that go along with your posts. The feature will do things like offer photos of restaurants you have checked in at, list friends you have checked in with or mentioned in a post. 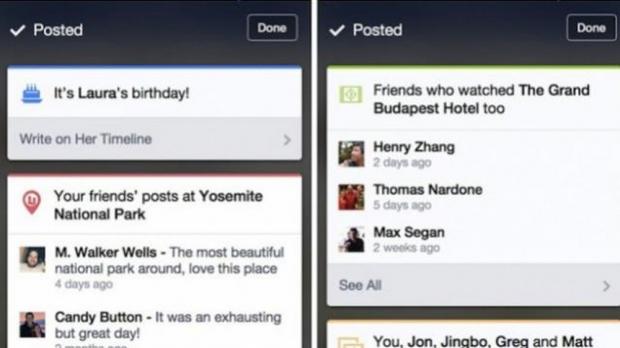 The contextual cards will also list friends that have listened to a song that you posted. With the updated app users can also preview a status update and then strip any unwanted links from the post that Facebook would add as cards.

Users also get the ability to edit which pages they link to. The update is an interesting way to provide feedback in real-time based on what you are posting. Another feature that has been added in the updated app is the ability to compose posts offline or with poor connectivity and the posts will publish when you are connected again.