The 4K era is well and truly underway, with Xiaomi unveiling its new Mi TV 2, an Android-powered, 49-inch 4K TV. The best part about it though, is not that it is 4K-capable, but it is just $640. The only problem here is that Xiaomi won't be releasing it outside of China anytime soon. 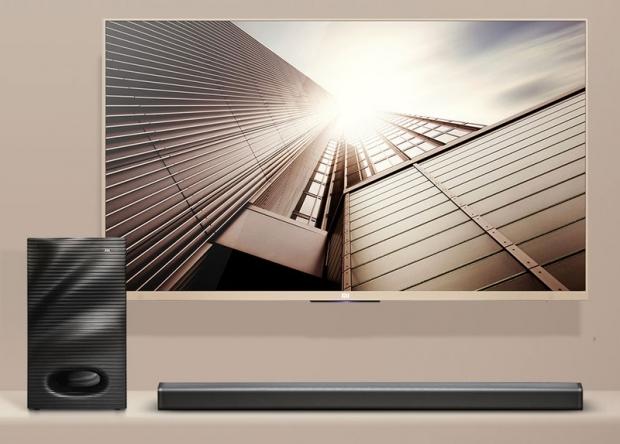 Xiaomi's Mi TV 2 is 3D-capable, has a 6.2mm aluminum bezel, and is just 15.5mm thin. The 4K-capable set is so thin that the company had to push the sound system outside of the TV, providing a separate sound bar and subwoofer. Inside of the 49-inch TV is a MediaTek MStar 6A918, which is 1.45GHz quad-core processor with 2GB of RAM, and the Mali-450 MP4 GPU.

It has 8GB of storage built-in, something that is expandable by microSD card right up to 64GB. Those based in China can place pre-orders starting on May 27, but those across the pond will have to wait for Xiaomi to announce an international version, unfortunately.