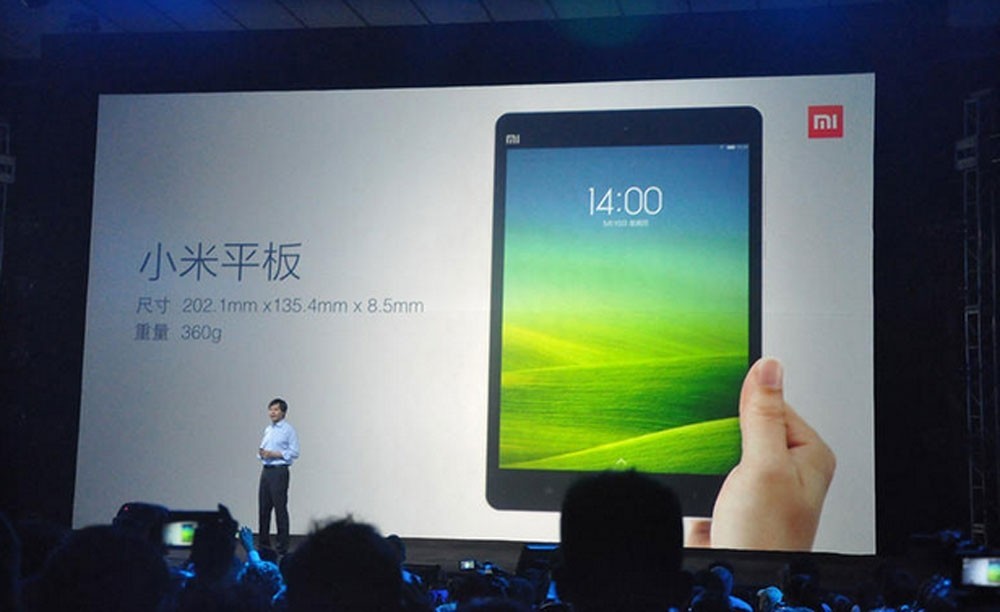 The tablet has integrated Wi-Fi and no 3G or 4G capability for mobile data. That K1 processor under the hood is a quad-core unit mated with 2GB of RAM. Storage options for the tablet are 16GB or 64GB with both versions offering a microSD card slot supporting up to 128GB cards.

The operating system for the tablet is Android 4.4.2 with heavy customization to make it look a lot like iOS 7. Xiaomi also features an 8MP rear camera and a 5MP front camera. Power for the tablet comes from a 6700 mAh internal battery. Pricing for the tablet is 1,499 Chinese yuan, which works out to about $240 in the US for the 16GB version and 1,699 or $272 for the 64GB version.