Studio executives and MPAA lawyers have to be in a frenzy today after Popcorn Time announced the launch of its new app for Android devices. The new Popcorn Time for Android feels and functions just like the desktop app and boast the same access to all of the same pirated TV shows and Movies. The new app was released by the Time4Popcorn development group that oversees the Popcorn Time project and ensures that it stays open and alive.

While I have not tried out the app myself, it appears to work as described based on the many comments and post around the net. For those of you who might be unfamiliar with Popcorn Time, think of it as a pseudo Netflix for torrents. Instead of looking up a torrented TV show or movie on the Pirate Bay, you simply browse and search like you would Netflix for the content you wish to watch. The content will play as it is being downloaded, so there is virtually no delay in choosing what you want to watch and watching it. 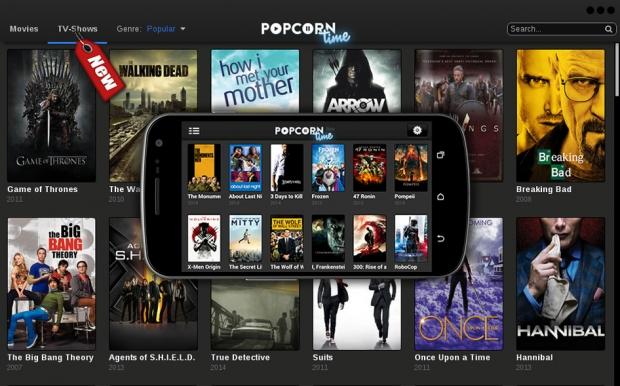