This morning, several rumors are floating around the internet that suggest that Apple will be bringing forth split-screen multitasking to its iPad lineup when iOS 8 releases later this year. The rumors suggest that the iPad, iPad Air and iPad Mini will get the split-screen treatment, but no official mention of the feature has been released from Cupertino. 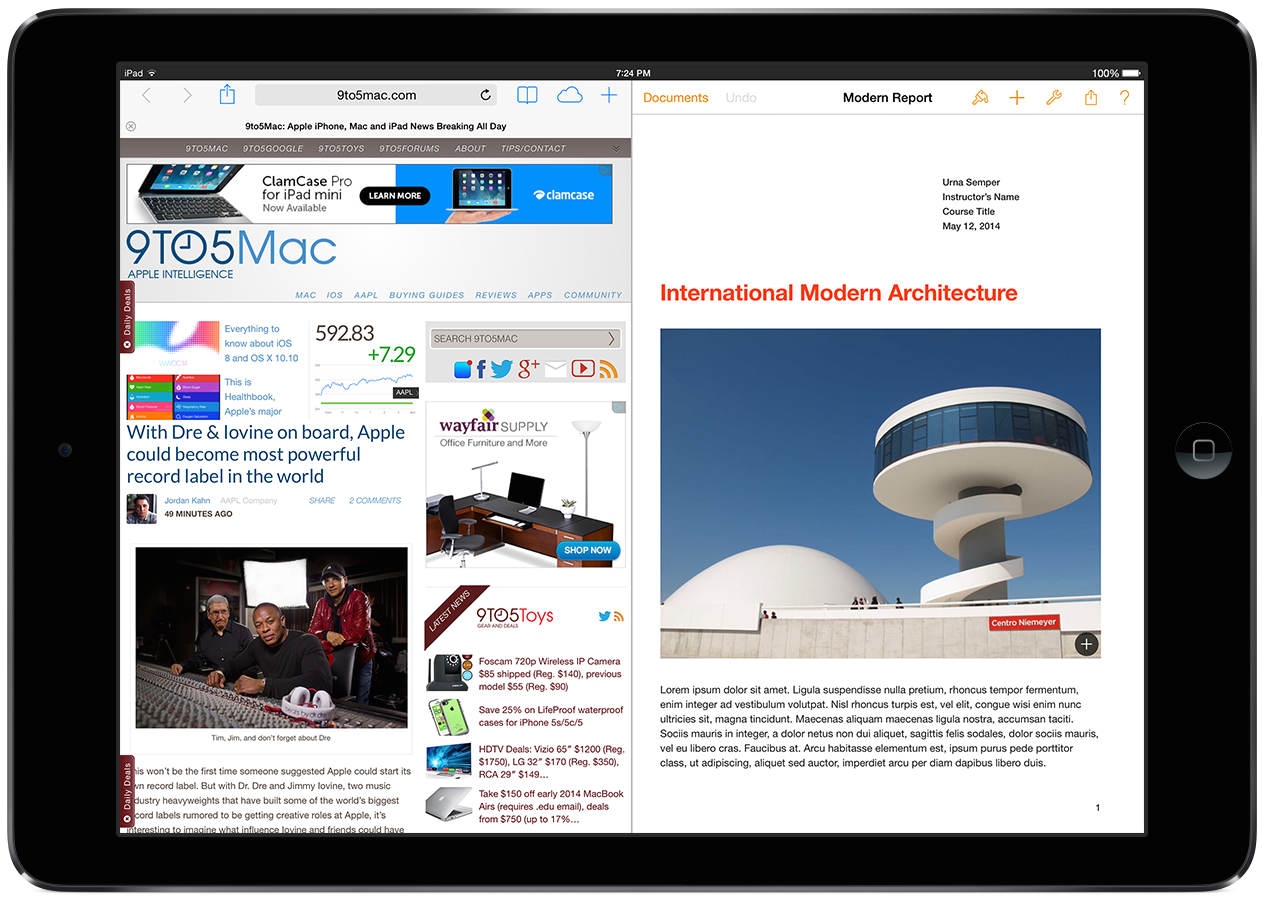 It only makes sense for Apple to bring split-screen multitasking to the iPad as Microsoft has had a "Snap" feature on its Surface devices that allows multiple apps to be positioned on the screen at once. Being able to used two apps easily at once is a big deal for both the consumer and enterprise sectors, and the utilization of multi-monitor users is evidence of this. If Apple does bring this new feature forward in iOS 8, I may just give the iPad a little more credit than normal.