Yesterday we mentioned that an image and some specs had leaked on a new Motorola smartphone called the Moto E. Those specs have now been confirmed with the official unveil of the Motorola Moto E smartphone. The phone will hit the UK for £89 without a contract. 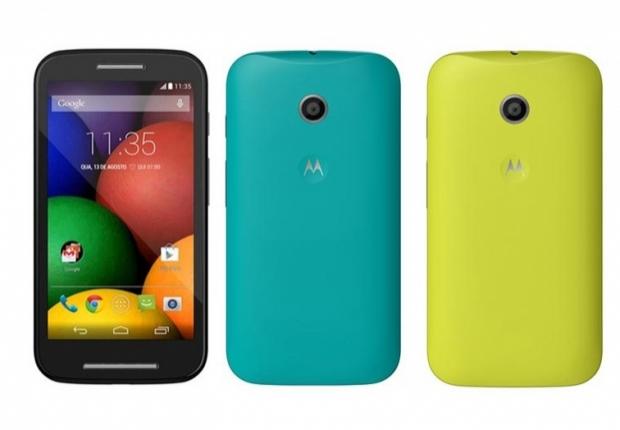 It packs a 4.3-inch screen with a resolution of 960 x 540. The smartphone also runs Android 4.4 KitKat for the operating system right out of the box. It does have a Motorola UI over the top of Android. However, the UI over the top is light enough that Motorola will still be able to offer OS updates quickly.

Other features include a dual-core 1.2GHz Qualcomm Snapdragon processor. The smartphone also has 4GB of internal storage that can be expanded with a microSD card. It also has a 5MP rear camera and gets power form a 1980 mAh battery. Motorola also notes that the smartphone is waterproofed to some extent and it features interchangeable back covers.