We're starting to see the first details on Zack Snyder's Man of Steel sequel, currently known as "Batman vs. Superman," in the form of a tweet from the director, Zack Snyder, on Twitter. Here's Snyder's tweet, and below that, a larger image of the new Batmobile. 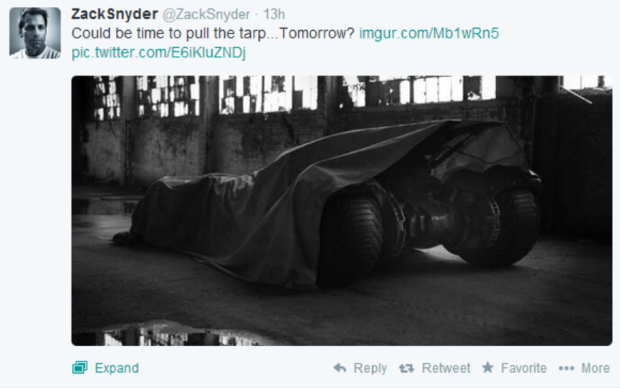 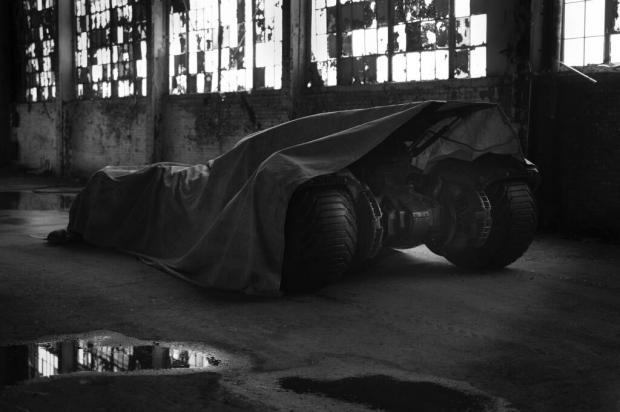 This is a tease of the new Batmobile from the Man of Steel universe, which isn't involved with Christopher Nolan's Dark Knight trilogy starring Christian Bale. It looks like Snyder and co. are going for a more "classic" look compared to the Tumbler in Nolan's vision of Batman. We should hopefully see the entire car in the next couple of hours.