It has been rumored for a while now that Samsung was set to unveil a new range of high-end tablets, which will arrive as the Galaxy Tab S. SamMobile has the scoop, teasing some shots of the purported Galaxy Tab S. 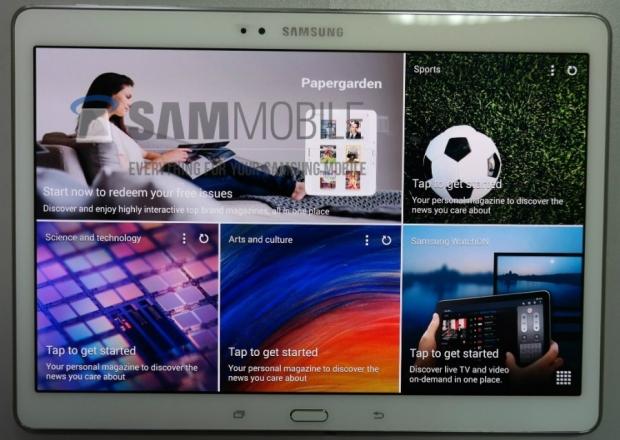 SamMobile noticed this new tablet back in April, known as the SM-T800, but this is a much better look at the upcoming high-end slate from Samsung. What should we expect? Well, we should see the Galaxy Tab S feature a 10.5-inch 2560x1600 AMOLED screen, a fingerprint scanner as the home button, the 8-core Exynos 5 processor, 3GB of RAM, an 8-megapixel rear-facing snapper, Android 4.4.2 KitKat, and Samsung's magazine interface.