One of the challenges to get the next billion people online is that most of those people live in a country where incomes are significantly lower than they are in the US. The relative ease that many of us can come up with a few hundred dollars for a smartphone in the US is well out of the reach of many people in poorer developing nations. 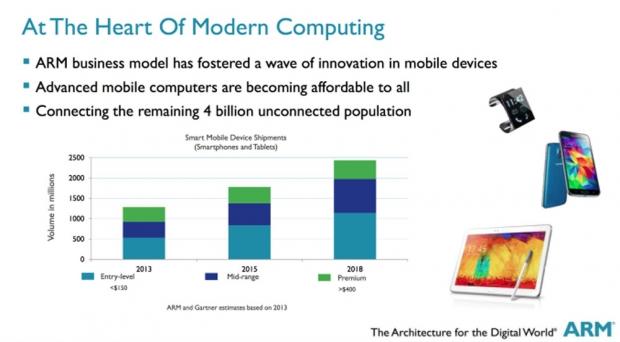 For that reason, many smartphone makers are concentrating on very cheap devices for developing nations. ARM says that in the next few months an Android-powered smartphone running a 1x Cortex-A5 processor will sell for only $20. That sells for about $33-$28 today.

ARM is also predicting a massive growth in the entry-level smartphone shipments over the next few years. By 2018, ARM predicts over a billion smartphones in the sub $150 will ship each year, about twice the number that ship today.