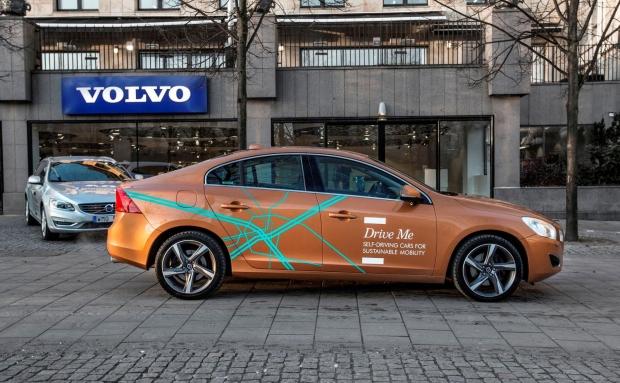 "The test cars are now able to handle lane following, speed adaption and merging traffic all by themselves," said Erik Coelingh, a technical specialist at Volvo. "This is an important step towards our aim that the final 'Drive Me' cars will be able to drive the whole test route in highly autonomous mode."

Volvo says that its near-term goal is to have a fleet of 100 of these self-driving vehicles on a 50km route in Gothenberg, Sweeden by the beginning of 2017. "That Volvo Cars' hometown of Gothenburg becomes the world's first arena for self-driving cars in everyday driving conditions demonstrates both our technological leadership and Sweden's dedication to pioneering the integration of self-driving vehicles," stated Coelingh. "This public pilot will provide us with a valuable insight into the societal benefits of making autonomous vehicles a natural part of the traffic environment."