On April 18, 2014, the High Definition Earth Viewing (HDEV) experiment was launched. HDEV was launched in the "trunk" of the SpaceX Dragon spacecraft that has been setup outside of the International Space Station (ISS). 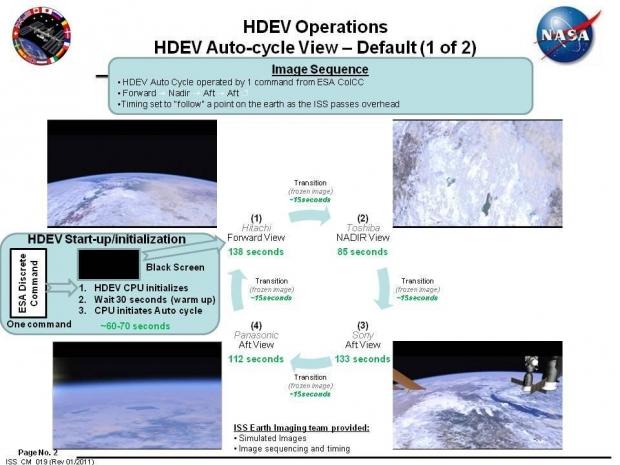 There are four commercial HD video cameras on-board, which were installed on the External Payload Facility of the ESA Columbus module a few days ago. The cameras and electronics require a pressurized box in order to protect them from the dark beyond that is space. Anyone can connect to this and watch a livestream of Earth from UStream, something you can do here.

There will be moments of blackness when the ISS is in orbital night, which happens every 90 minutes, and lasts for around 40 minutes. Downtime is something that happens too, but this could be due to early problems of the new setup. The biggest point here is that it is all part of a student project, and not the government or NASA doing this - many years ago.