We knew it was coming, with a tease yesterday that the next Call of Duty would be centered around a private military corporation (PMC), but now Activision has officially announced Call of Duty: Advanced Warfare.

Call of Duty: Advanced Warfare takes the first-person shooter in a new direction, with the PMC that has turned on the United States government. This organization is led by Kevin Spacey, who plays the villian of COD: Advanced Warfare. The new game allows players to use an exoskeleton, and much more.

The trailer above also shows off some hoverbikes, weaponized mech suits - something similar to Titanfall - funnily enough, from ex-Infinity Ward co-founders who formed Respawn Entertainment. Sledgehammer Games has said that it has concentrated on next-gen consoles and PC for Call of Duty: Advanced Warfare, with the game coming out on November 4, 2014 for PS4, Xbox One, PC, Xbox 360 and PS3. 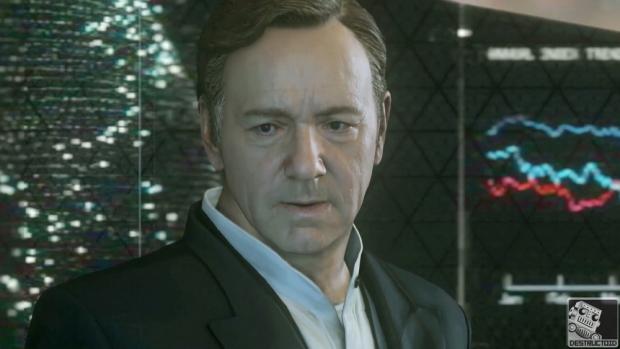