When Disney purchased the rights to the Star Wars films, we all knew that lots of new movies and other items were going to hit the market. Disney Publishing Worldwide has announced that it is launching a series of apps for iOS users called Star Wars Journeys. These apps are episodic stories with heroes and villains from the Star Wars universe features. 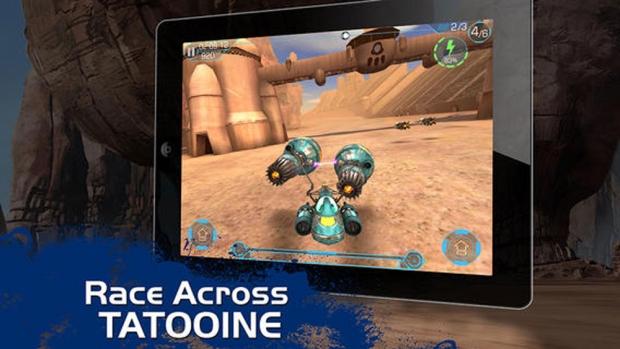 The apps include fast-paced activities and game play and are designed to introduce people new to the franchise to the Star Wars universe. I am sure more than a few old school fans that have been around since the original Star Wars hit theaters will like the apps as well.

Each of the apps will have content to immerse readers in the adventures of the franchise with a 180-degree parallax viewing experience. There are infinite zoom scene transitions and collectible character profiles. The apps have new art and unlockable hidden content. The first of these apps, Star Wars Journeys: The Phantom Menace and it is on the app store now. Additional apps for the newest trilogy of films and for the original trilogy will be coming. Each app costs $6.99.