Traditionally, Android has widely been reserved for devices under 10-inches in screen size, and even then, unless the device was a tablet or phone, it was always the second OS on the system. Today a leaked video has given us some insight into what could be the next Slatebook from HP. If true, the video means that HP will be one of the first OEMs to release a fully Android powered laptop in the 14-inch class. 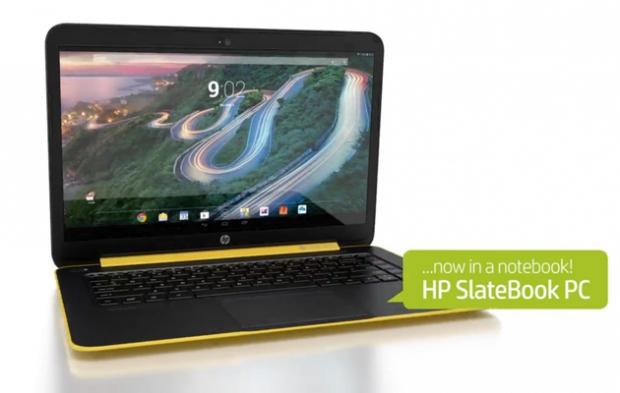 The video has been removed due to HP claiming a copyright violation, but it depicted a 14-inch Slatebook from HP that would be running Android as its sole operating system. The screen would be a full 1920x1080 resolution, and would feature a quad-core NVIDIA SoC. The device would feature a touchscreen so Android's soft-keys could still be utilized, and they would also be on the physical keyboard. Hit the source link below if you like, but unfortunately the video is long gone.