Hundreds of Atari video game cartridges, including "E.T.," were found in a landfill located in Alamogordo, New Mexico. All other discoveries will be recorded for a Microsoft-funded documentary that will be available for Xbox gamers before the end of 2014. 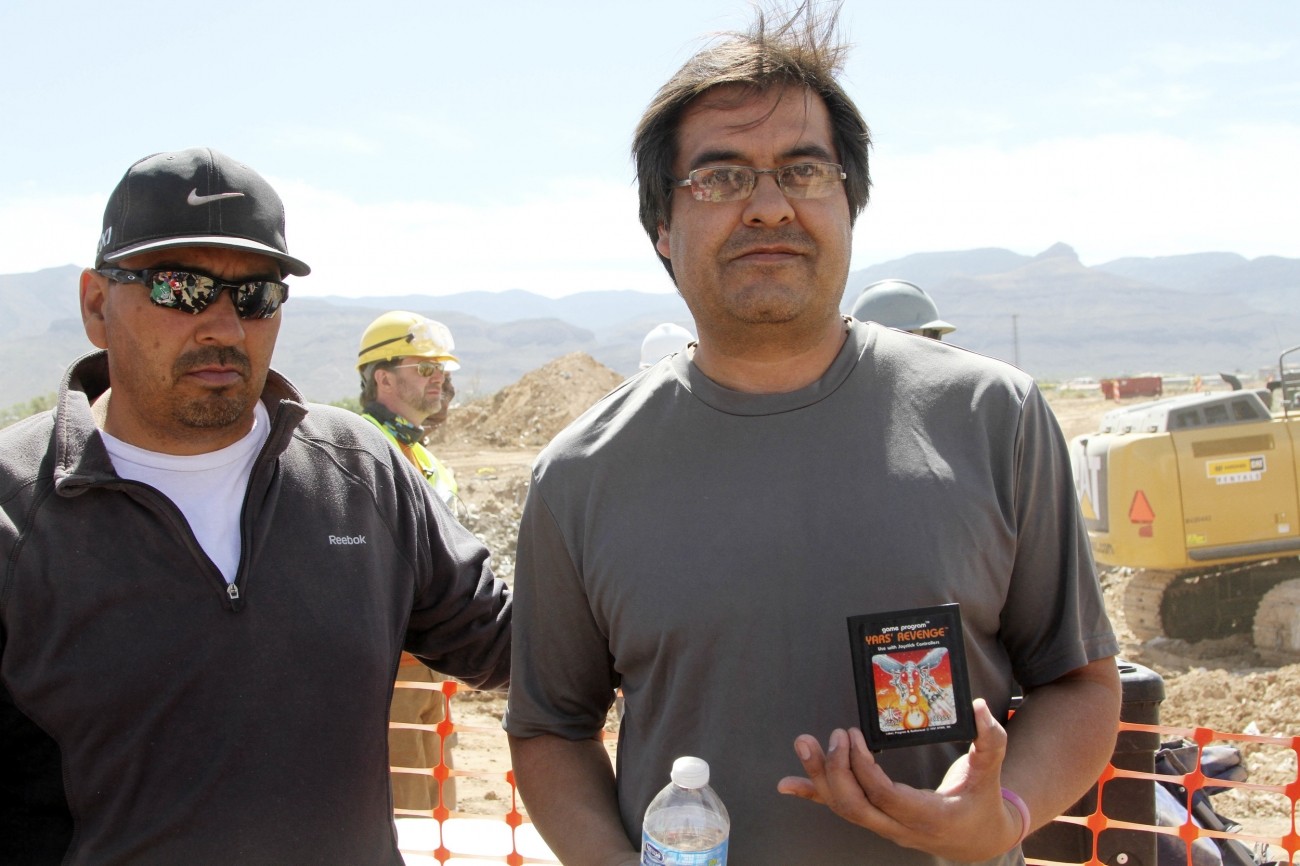 In an effort to capitalize on the tremendous popularity of the "E.T." movie released in 1983, the video game was rushed out of production in less than six weeks. Most of the audience that stood by and watched a team search through the landfill left before the discovery was made, though it's expected there are thousands of Atari games scattered throughout the landfill.

"We found something," said Zak Penn, famed movie director, after a cache of video games was discovered. "For anybody who doubted, there's a whole heck of a lot of games down there. We just saw them!"