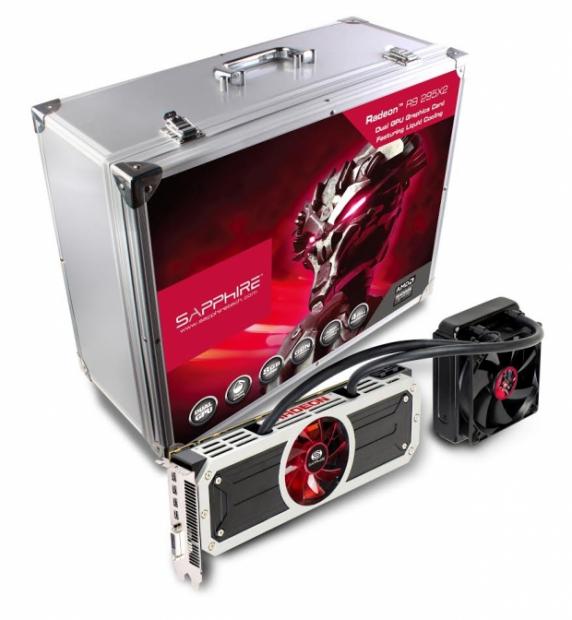 The SAPPHIRE R9 295X2 OC Limited Edition GPU has clock speeds of 1030MHz, and 5200MHz for its 8GB of GDDR5 RAM. Better yet, it comes in a high-quality aluminum carry case. The SAPPHIRE R9 295X2 will ship with lower clock speeds - but not by much - of 1018MHz, and 5000MHz for the RAM. Both GPUs still use the advanced hybrid cooling solution, which is a closed-loop, pre-assembled liquid cooling system that was developed by AMD and Astek.