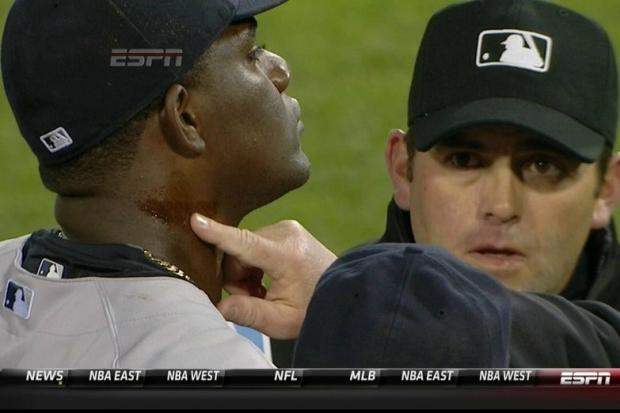 After struggling in the first inning with command of his pitching, Pineda was decidedly better in the second, forcing two fly-outs. It looks as if Pineda will be facing a suspension from the league office as the last two pitchers caught using pine tar were Brendan Donnelly and Joel Peralta and they were suspended for 10 and 8 games respectively. 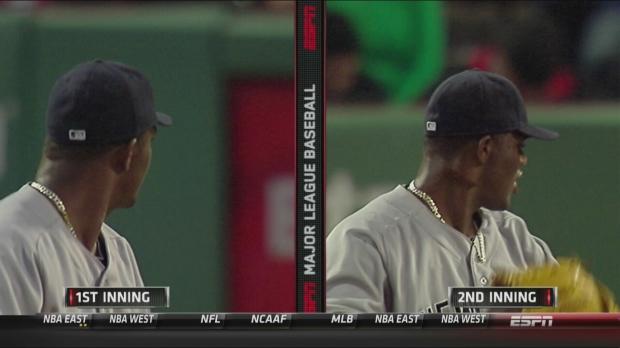