During today's earnings call to investors, Apple CEO, Tim Cook, announced that the company's iTunes service now has more than 800 million accounts. This is a massive number and includes accounts for iPhone, iPad, iPod and the Mac line of devices. Additionally, Cook said that Apple has $5.2 billion in billings through the iTunes service and more than 70 billion app, song, and other downloads. 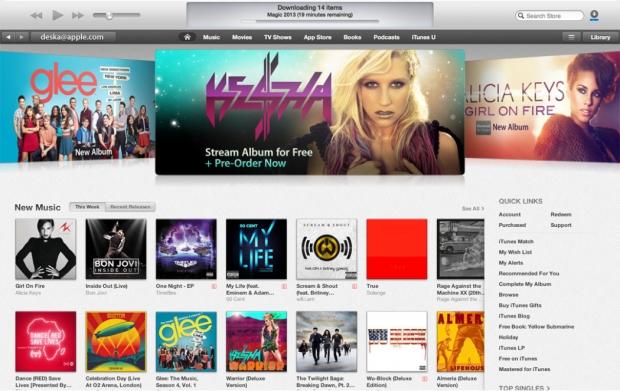 What this breaks down to is that iTunes generated more than $5.2 billion for Apple in the last quarter, and that it has grown by about 225 million accounts since last June, when it reported about 575 million accounts. Apple wont release any specific metrics on where these accounts are tied to, but it is a safe bet that most are generated from iPod and iPhone sales, and a good number of them are long inactive.