Blu products has announced its latest smartphone has officially launched. The new smartphone is called the Studio 6.0 HD. The name of the device comes in part from the big HD resolution 6.0-inch screen with 245ppi. The smartphone is 8.5mm thick and uses a 1.3GHz quad-core processor. 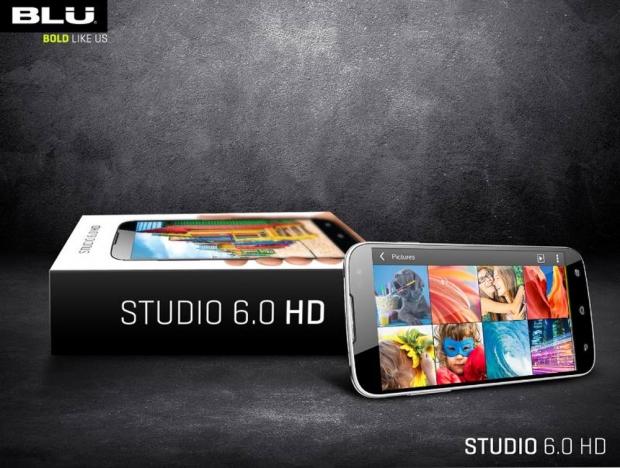 Blu builds in support for 4G HSPA+ wireless networks and the rear camera is an 8MP unit with autofocus. Native resolution for the 6.0-inch screen is 720 x 1280. Android 4.2 is the operating system for the device and Blu says that an upgrade to Android 4.4 KitKat is coming at the end of May.

That rear camera can record full HD resolution video and the front camera has 2MP resolution. Other features include Wi-Fi, GPS, Bluetooth, and a FM tuner. Internal storage is 4GB and a microSD card slot supports storage expansion. The quad-core processor is paired with 1GB of RAM. Power comes from a 3000 mAh Li-Po battery. If you are interested in the Studio 6.0 HD smartphone, you can buy one for $249 unlocked.