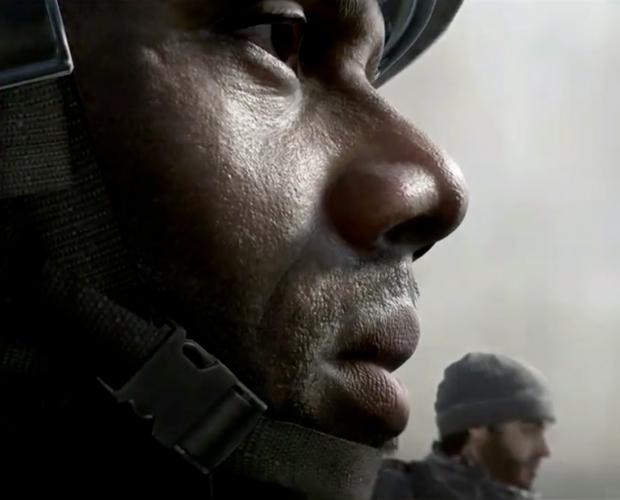 Michael Condrey, Chief Operating and Development Officer of Sledgehammer Games said at the start of the talk, something he delivered with studio co-founder Glen Schofield: "We can't talk at all about Call of Duty for this year. [Activision] said you can't show anything from Call of Duty this year, and you certainly can't show in-game rendered characters from this year's game".

The image above, reportedly features "actual in-game characters," which show that COD is getting a major injection of graphics horsepower. The studio is taking a "next-gen first" approach to development (because we've never heard that before) - meaning that the studio is working on the PS4, Xbox One and PC first and foremost.