Albert Pujols, L.A Angels first baseman has hit eight homeruns in the last thirteen games, with two coming tonight against the Washington Nationals. The second homerun by Pujols tonite lifted the 34 yr old major leaguer into the record books as the third youngest to reach the 500 homerun milestone, while also becoming the first to hit home run 499 and 500 in the same game. This makes a strong case for the veteran who is in the third year of his 10-year $240 Million contract he signed in 2012. 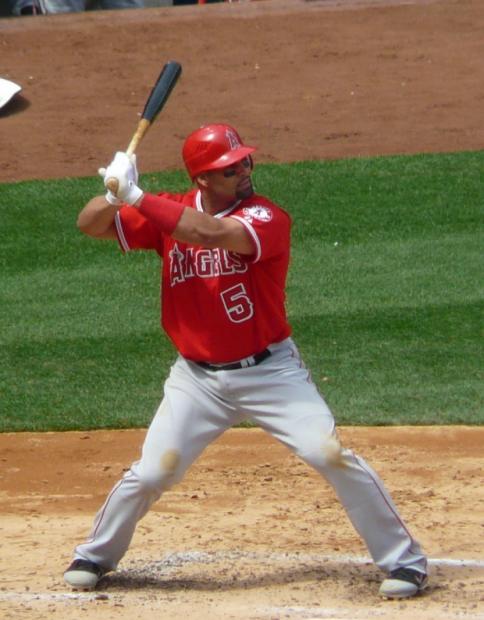 When asked about reaching the milstone Pujols responded "It tastes better with a win, I knew this year, it was going to happen, whether it was tonight, tomorrow, two months from now. So my goal was just to prepare myself every day to try to help this organization win. To have more than 19,000 players who wore a big league uniform and to have only 26 players to do this, it's pretty special,"