A company called Recargo has tried to set a Guinness World Record for the longest journey ever made in a vehicle using electricity alone. For the record attempt, the company put a driver behind the wheel of a stock Tesla Model S electric vehicle. The trip lasted 24-days and covered 12,183 miles. 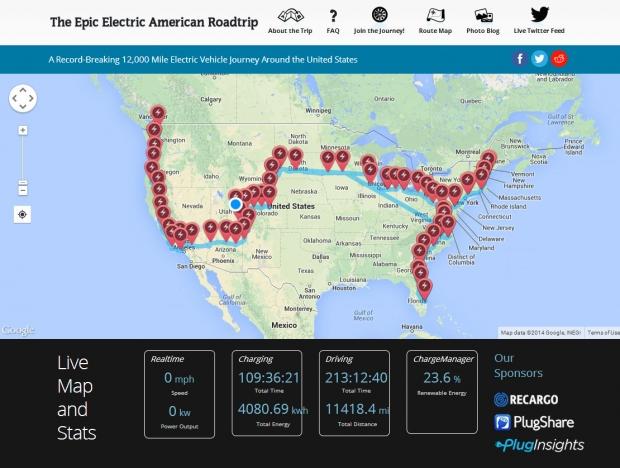 Verification and award of the world record are not complete at this time. The trip is over and during the drive across the country, the vehicle travelled through the four corners of the lower 48 states. The trip drove through Washington, Maine, Florida, and California along with a bunch of other states in between.

During the drive, the Model S took advantage of the Tesla Supercharger stations to keep the car powered up. The car also used the Plugshare software running on the Model S' 17-inch screen. That app shows the location of public charging stations.

The drive totaled over 213 hours of driving time and over 109 hours of charge time. Charge time is one of the big issues with an electric car, it's interesting to see that charging time totaled over half the time spent driving on the trip.