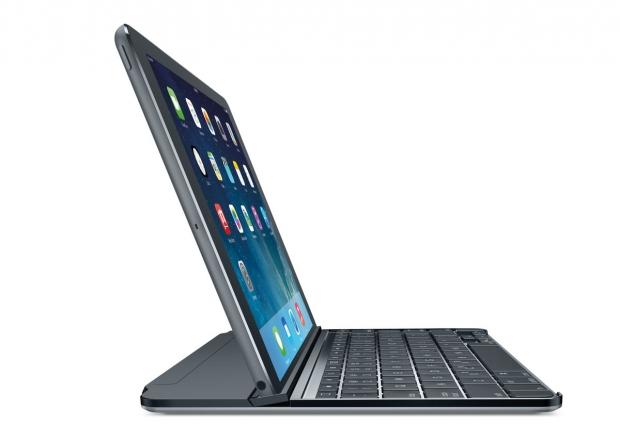 Logitech updated the keyboard with a new multi angle slot that lets the user adjust the angle of the tablet screen to whatever is most comfortable for their use. The design of the keyboard is also thinner at 6.4 mm thick. Logitech doesn't give a specific weight, but says the keyboard cover is about 2/3 of the weight of the tablet itself.

A magnetic clip still holds the keyboard in place and it has the same aluminum finish as the tablet for good looks. Connectivity to the iPad is via Bluetooth. Keys for iOS shortcuts are integrated and normal keys are spaced well for comfortable typing. The Ultrathin for iPad air is $99.99 and for iPad mini and mini with Retina is $89.99.