Internet users are now being warned of a recent 2014 FIFA World Cup scam that promises recipients of a cash prize and free tickets - including an offering for more than $5 million cash and a trip to the World Cup. 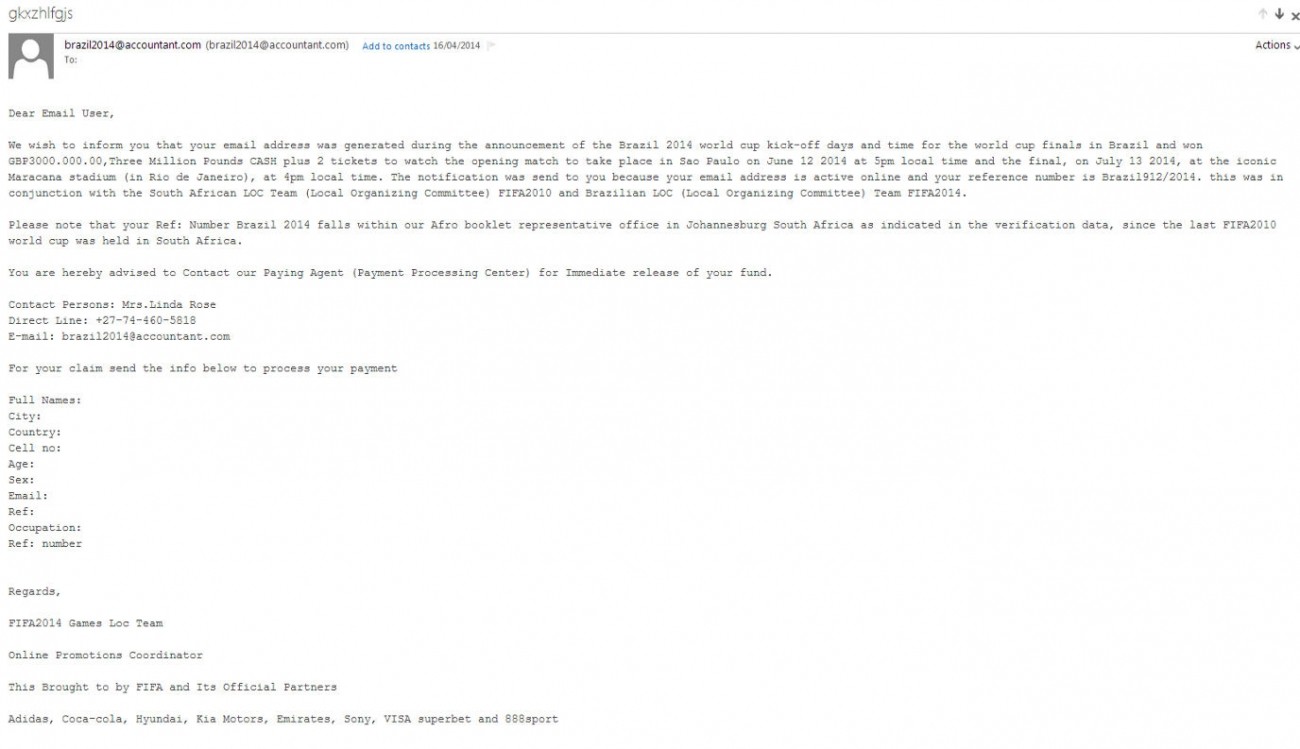 Despite the outlandish offer of money, poorly written email, and rather silly email subject line, it appears that some Internet users might be getting caught up in the scam.

The World Cup runs from June 12 to July 13, and cybersecurity experts warn of other possible scams that could capitalize on the popular sporting event. As noted by Malwarebytes, "major sporting events are traditionally a huge draw for scammers and there will no doubt be many more of these come from now until June."