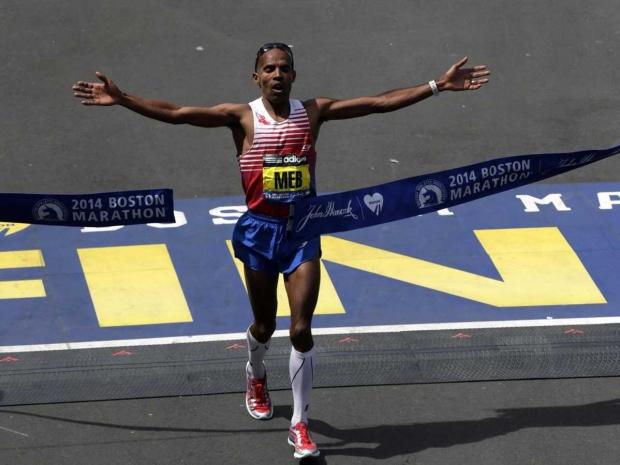 "It was not about me... it was about Boston Strong," Keflezighi said after crossing the finish line, paying his respects to victims of the Boston Marathon bombing last year. "We are resilient; we never gave up. My whole run is to run strong - Boston strong."

Keflezighi, a former winner of the New York City Marathon and an Olympic silver medalist, had control of the race - capturing the moral support of US running enthusiasts - as the 38-year-old looked incredibly strong from start to finish.