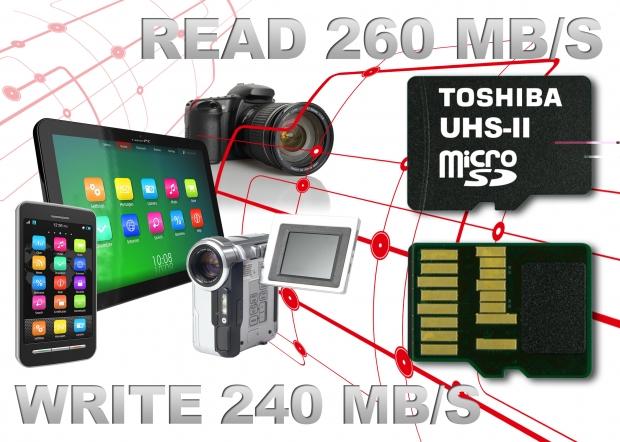 To gain maximum performance users will need to purchase the new UHS-II 32GB microSD card from Toshiba, with the larger 64GB card boasting a slower speed of 140MB/s read and 130MB/s write. None-the-less, these new UHS-II cards perform more than 2.7 times faster than their previous UHS-I counterparts. Toshiba says that it will begin shipping samples to smartphone and device manufacturers soon, and the retail launch will take place later this year. 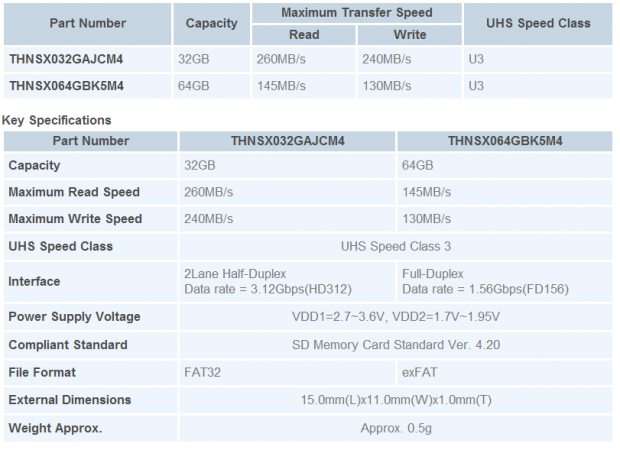