Anyone looking for a new smartphone without having to get a contract may be familiar with MetroPCS. MetroPCS is a pre-paid carrier and it has monthly plans that are significantly cheaper than normal providers. MetroPCS has announced that it has now added the Samsung Galaxy S5 to its line of smartphone offerings. 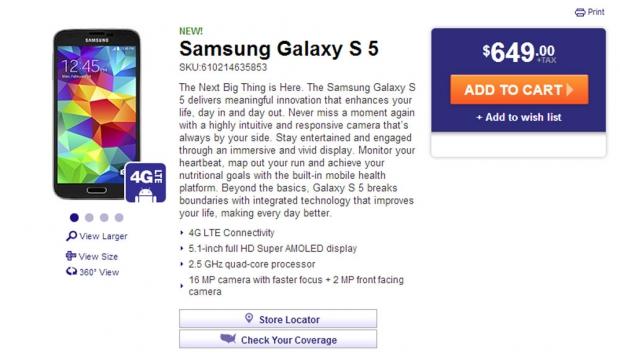 You have to buy the smartphone outright to begin with, and it's not cheap. The Galaxy S5 costs $649 plus tax. The upside is that you can cancel your plan anytime you want and service with unlimited talk, text, and data starts at $40 monthly.

If you have somehow missed the details of the Galaxy S5 smartphone, the device supports 4G LTE connectivity on the metroPCS network and has a 5.1-inch Super AMOLED screen. It also has a 2.5GHz quad-core processor and a 16MP front camera. The S5 also has a fingerprint scanner and integrated heart rate monitor.