The next couple of months will be an important time for the smartphone industry, and more importantly, the mid-range handset market. Motorola already has a cheap handset on the market in the form of the Moto G, but it looks like the company - now owned by Lenovo - is working on an even cheaper smartphone dubbed Moto E. 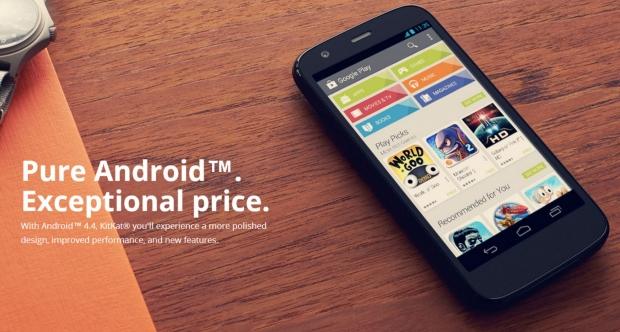 Moto E will reportedly sport a 4.2-inch 720p display, 1.2GHz dual-core processor, 1GB of RAM and 4GB of on-board storage. This will be joined by a 5-megapixel rear-facing camera and 1900mAh battery. When comparing the Moto E against the Moto G, the Moto E has a slightly smaller screen, half the on-board storage, half the processor cores and slightly less battery.

But, we should see the Moto E sliding in at just 6.2mm - noticeably thinner than the Moto G at 11.6mm, and a price of around $230 off-contract. This comes in off the heels of Google being rumored to be unveiling a new Nexus smartphone soon, priced at under $100.