Nokia has suspended sales of its Lumia 2520 tablet in Europe over concerns of a faulty charger that may have shipped with some devices. The charger in question carries the model number AC-300 and was shipped with Lumia 2520 devices in Austria, Denmark, Finland, Germany, Russia, Switzerland, and the United Kingdom. Any 2520 users who have this charger are advised to cease use of the charger immediately. 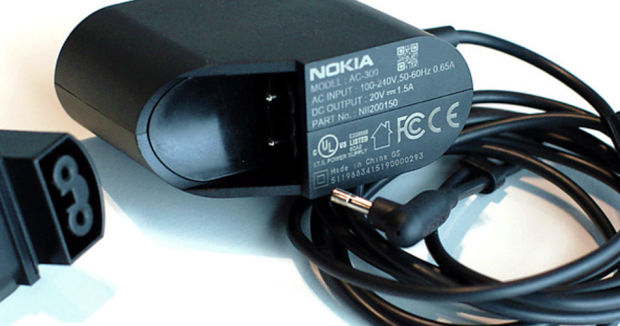 More than 30,000 chargers are affected including about 600 "travel chargers" sold as optional accessories here in the US. Nokia Lumia 2520 chargers that are bundled with US versions of the phone are not included. Jo Harlow, executive vice president of Smart Devices at Nokia, said "We apologise to the owners of the Lumia 2520, and we are working with urgency to minimize the inconvenience."

A statement on the Nokia website shows that the issue was discovered internally in a quality control process. "Under certain conditions, the plastic cover of the charger's exchangeable plug could come loose and separate. If loose and separated, certain internal components may cause an electric shock if touched while the plug remains in the live socket" the statement notes."