Getac has announced a new fully rugged tablet that will launch this summer. The tablet is called the T800 and it runs Windows 8.1 Pro. Getac is aiming the rugged tablet at people that work outside a lot and need something more robust than your typical tablet. 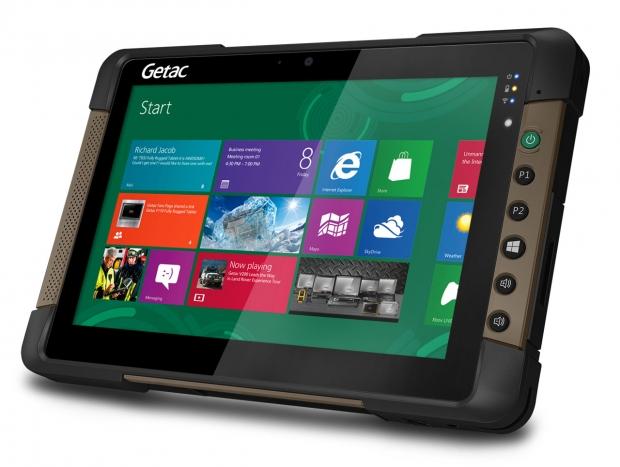 The tablet features an 8.1-inch screen optimized for color and performance. The T800 was engineered to survive drops from 6-feet, shocks, spills, vibration, dust, and liquids. It meets MIL-STD 801G and IP65 ratings.

Power comes from an internal battery good for eight hours per charge. An external SnapBack add-on battery is available to extend that run time as well as other accessories like card readers and more that can be installed with no tools. Getac also supports 4G LTE and tri-pass-through for Wi-Fi and GPS.