Now that Google's prototype smartphone with 3D mapping technology is with developers, Project Tango is getting detailed. The teardown reveals that the current Project Tango prototype features some impressive specs. 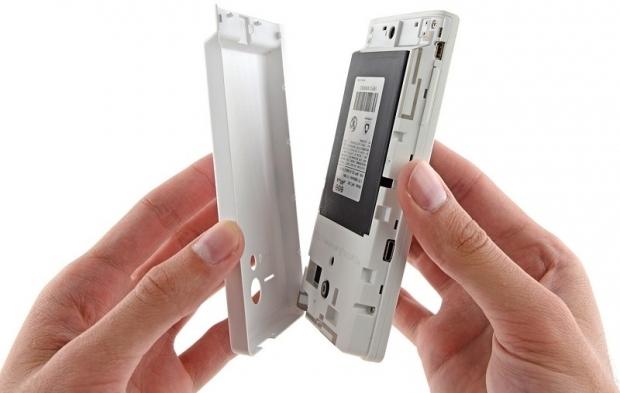 The current prototype sees Qualcomm's Snapdragon 800 clocked at 2.3GHz, 2GB of RAM, 64GB of on-board storage, a microSD card, a 4-megapixel rear-facing camera, a fisheye-style rear-facing camera, an infrared projector, and its front-facing camera featuring a 120-degree field of view. There are three USB ports, a 5-inch display and a 3000mAh battery.

The built-in infrared processor and projector work similar to Microsoft's Kinect technology, where it blasts out tiny dots that are picked up by the rear-facing camera. The size of the dots pushed out is important, with the bigger the dots, the further away the device is from the object, while the smaller the dots are, the closer the object is to Project Tango.