The Super Mario Bros. theme music is one of the most iconic soundtracks in gaming history, and it has been recreated by symphonies, guitarist, and even robots with stepper motors, but this video of the soundtrack being played on 48 wine glasses is perhaps the best I have ever heard. The video below was made by a YouTuber called Dan Newbie who was asked to play the SMB theme music by another YouTuber who commented on a previous video.

Dan Newbie has also recreated the song "Let it go" from Disney's Frozen and "Happy" by Pharrell Williams. I would like to see Newbie pull off some soundtracks from popular TV shows like Game of Thrones, The Simpsons, and a wine glass rendition of Sweet Child of Mine would be especially awesome! Check out Dan Newbie's other videos below. 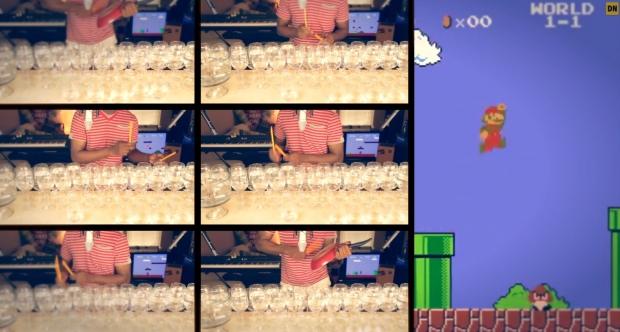