Samsung followed in Apple's footsteps with the addition of a fingerprint sensor on the front of the Galaxy S5, but it now appears that Apple's implementation of bio-metric security may actually be safer than Samsung's version. A new video has surfaced that shows just how easy it is to spoof the Galaxy S5's sensor with nothing but a casting made from common wood glue.

The video was created by SRLabs, and shows the company using a false finger with the correct fingerprint unlocking the phone. While SRLabs was able to do the same with the iPhone 5S, Apple's Touch ID also utilized a password prompt that prevented further entry. Furthermore, SRLabs was able to use the fake finger to complete transactions on the PayPal app with its new fingerprint authentication feature. This is actually quite scary when you consider that lifting a fingerprint is actually quite easy. 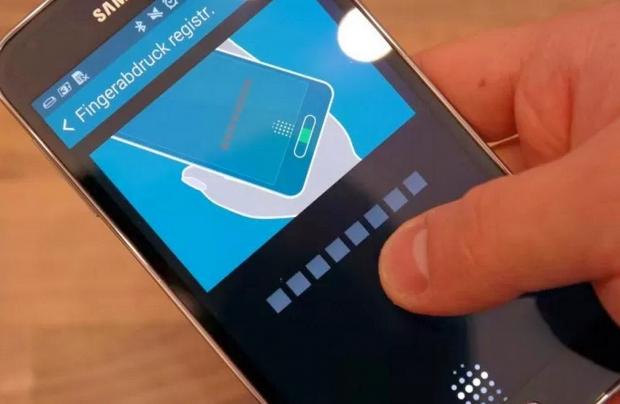