Wind turbines are being used around the world in different sizes to generate electricity used to power homes and business. A new smaller scale wind turbine project has hit Kickstarter that is called the Trinity. 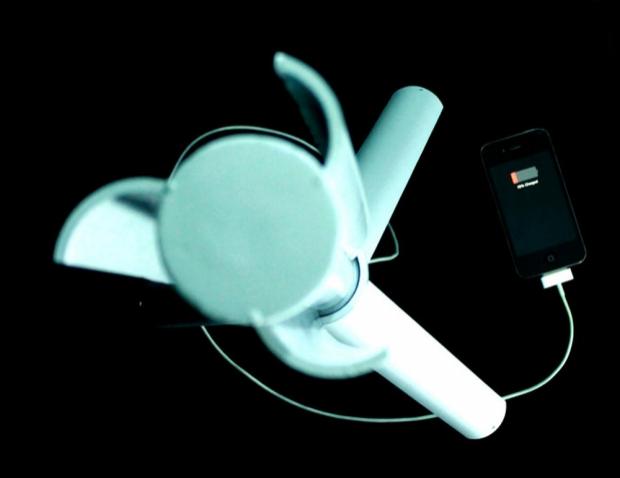 Trinity is a small 12-inch cylinder when folded down to make it portable. It is designed to generate power that can be used to charge up any USB gadget that you might have. Trinity is able to produce 15W of power and has its own internal 15000-mAh battery.