Britain's Got Talent, and its judges, had quite the surprise when a 79-year-old grandmother took the stage on the opening episode. Paddy took the stage with her dancing partner Nico, where just after seconds of dancing, Simon Cowell rejected the couple - but then they really started their show - something you just need to watch, below:

Paddy and Nico truly ruled the stage with their salsa routine, surprising the remaining judges and Cowell, as well as the entire audience. Cowell gave Paddy a standing ovation, saying: "It was all kind of slow and normal, and then it went ballistic". Fellow judge and star of Little Britain, David Walliams, said: "You're an amazing example to older people because you've shown that however old you are you can still be spectacular and beautiful and do something amazing".

I'm under half of Paddy's age, and there's no way that I could pull off 90% those moves. So it really does go to show that age is just a number. 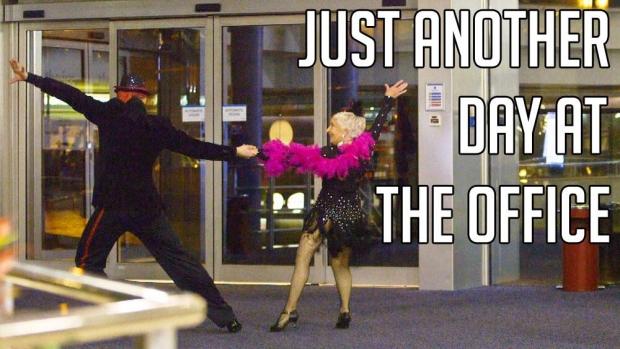