An interesting rumor has just popped up for the forthcoming Die Hard 6 movie from 20th Century Fox, where Samuel L. Jackson is rumored to reprise his role of Zeus Carver from Die Hard: With a Vengeance. 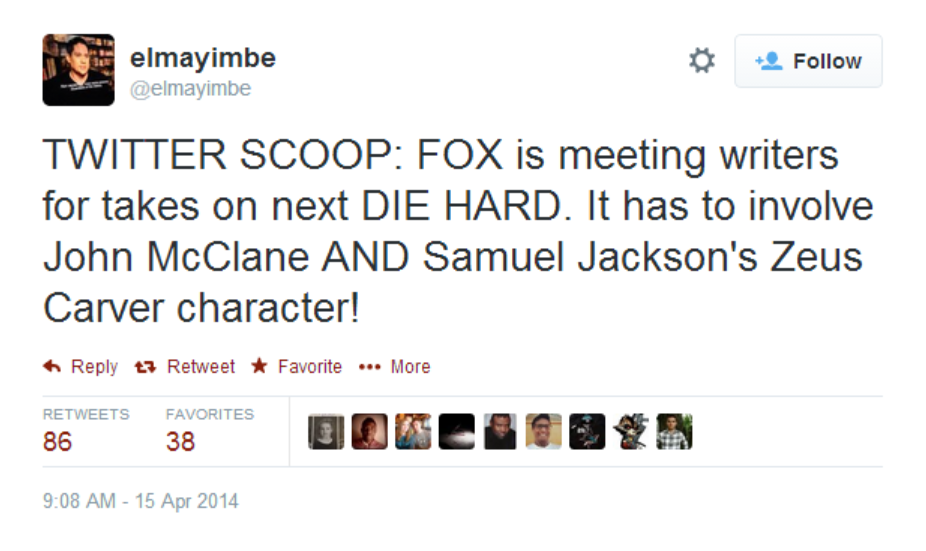 Latino Review's El Mayimbe has tweeted that the movie studio is meeting with writers to get their take on where they want to take Die Hard next. But, they want to see their take involve Samuel L. Jackson, of course. The last time the new Die Hard was heard of, was Ben Trebilcook signing on to write the script, which had the name of "Die Hardest" and was based in Tokyo. With new writers coming on board, this will most likely all change.