Say what you want about the Miata, but the Miata and its newer MX-5 siblings are some of the most frequently raced cars in all of motorsports. Some see them as underpowered cars for hairdressers, but well driven they can be some of the fastest cars on a racetrack despite significantly less power than the competition. 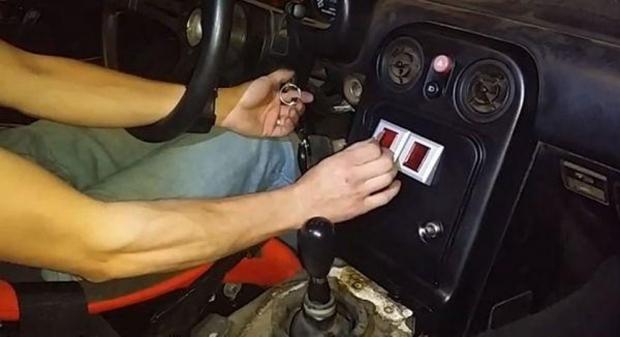 A dude named Brian Young has purchased a Miata for $1000 with plans to turn the car into some sort of drift racer. As part of his getting the car ready, he put in an ignition that requires quarters to start. As you can see in the video, he drops in the quarters and then the car will fire up.

At least, that is what the video claims. I see nothing to indicate that the car won't start if you don't put in quarters. This is an interesting mod for a car that will certainly turn some heads at the tack. It would be irritating if you ran out of quarters and couldn't start the car.