It looks like the US Navy could be using converted seawater as its next-generation, super-powerful jet fuel. Experts have been working on the idea for over ten years, where it could actually become commercially viable within the next decade. 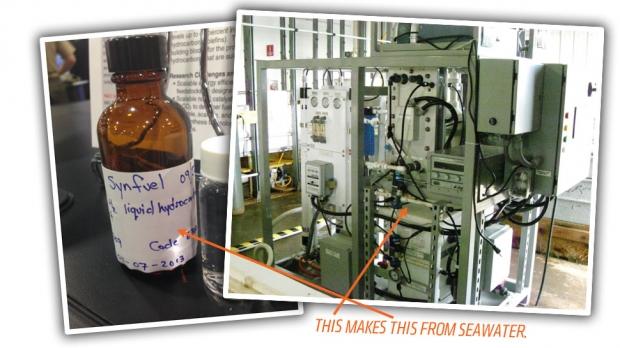 Researchers are currently showing off the technique using a model plane, with the tech working by pulling carbon dioxide and hydrogen from water using a catalytic converter. These gases are then turned into a liquid hydrocarbon fuel that could eventually power planes, and ships. Vice Admiral Philip Cullom has said: "We don't necessarily go to a gas station to get our fuel. Our gas station comes to us in terms of an oiler, a replenishment ship".

Cullom continued: "Developing a game-changing technology like this, seawater to fuel, really is something that reinvents a lot of the way we can do business".