A late solo attack from Niki Terpstra gave Team Omega Pharma-Quick Step another Paris-Roubaix victory, with the Dutch rider breaking free of the lead pack on the last sector of cobblestones six kilometers before the finish. 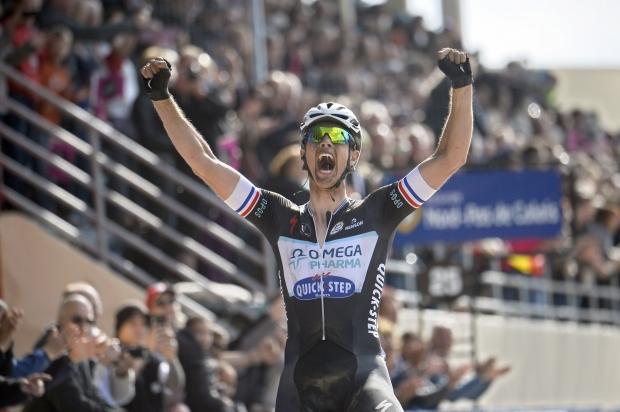 Terpstra explains when he was given the order to attack: "As soon as I heard that, I didn't wait 20 seconds. I just went full gas, like I like to do. It was not clear how much of a margin I had. I knew I was in the front, and when I looked behind, I saw I had a good gap. I didn't look backagain, because you know they're coming. I wasn't sure I was going to win until reaching the velodrome."

The 2013 Paris-Roubaix winner, Fabian Cancellara, had to settle for third place in the finale of the cycling spring classics season.