The Xbox One Titanfall Bundle just keeps getting cheaper and cheaper in the UK. Thanks to an ongoing price war between Sony's PlayStation 4 and Microsoft's Xbox One, the Xbox One Titanfall bundle has just gotten cheaper by 50 pounds at both Amazon and Asda. The price drop was first noticed by Engadget, and it appears that the price-drop may be permanent. 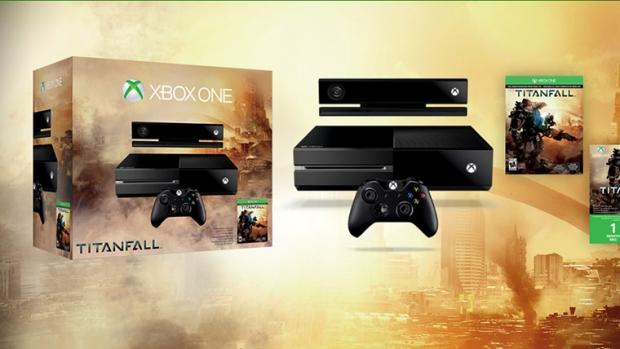 The Xbox One Titanfall pack comes with a Titanfall edition Xbox One, The Titanfall game, and a Titanfall-themed controller. The 50-pound price drop brings the once 429-pound Xbox One down to just 349-pounds. Microsoft is continuing to lower prices on the console in an attempt to play catch-up with Sony's PS4 which is still continuing to lead the way in units sold since launch.