Computer enthusiasts will recognize the name Kingston as one of the most popular markers of RAM on the market. For years, HyperX was one of the RAM lines that Kingston made and HyperX is now its own division of Kingston. 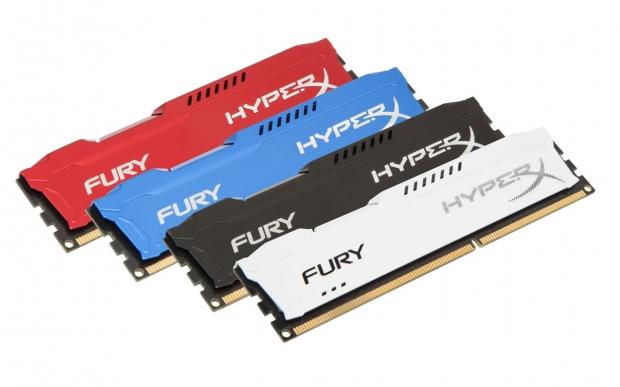 A new entry-level RAM product has been announced by HyperX called the Fury line. The RAM is being aimed right at entry-level overclockers and enthusiasts. Fury RAM supports high-performance overclocking automatically with an asymmetric heat spreader design.

Fury replaces the HyperX blu RAM. Fury RAM is fully plug and play allowing for automatic overclocking within the system speed allowance without having to mess with BIOS settings. The RAM is available with blue, black, red, or white heatspreaders and all feature black PCBs.