Navigating to images stored on your Dropbox on any mobile device has always been a pain in the but, and today Drobox took a big step forward in alleviating those pains. This afternoon, Dropbox announced the launch of a new image viewing and sharing app that will allow its users to more efficiently navigate and share their images. 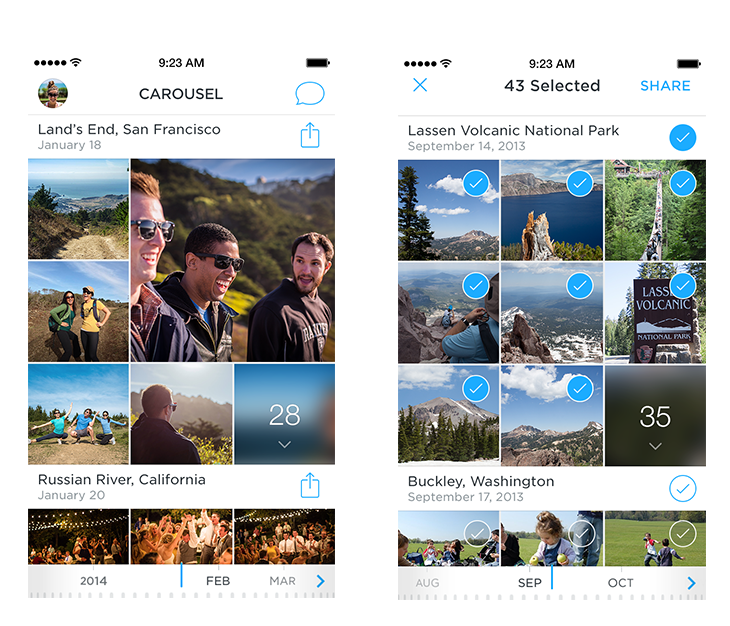 Called Carousel, the new app allows friends to effortlessly share images between one-another all from within Dropbox. While users have always been able to share images via SMS, Email, and other apps from Drobox's native app, Carousel allows them to share images directly between each other's Dropbox accounts. Carousel also organizes all photos from within ones Dropbox account and unifies them all in a single camera-roll. Photos are sorted by date taken, and users can scroll through them in several different manners. Carousel is available on iOS and Android now.