If Facebook's recent acquisition of WhatsApp is not enough of an indication that the company is focused on dominating the instant messaging space, a new report that it will be removing messaging from its native app should be. Today Facebook began notifying select users that messaging from within the Facebook app will no-longer be allowed, and that they must download the official Facebook Messenger app to continue messaging on mobile. 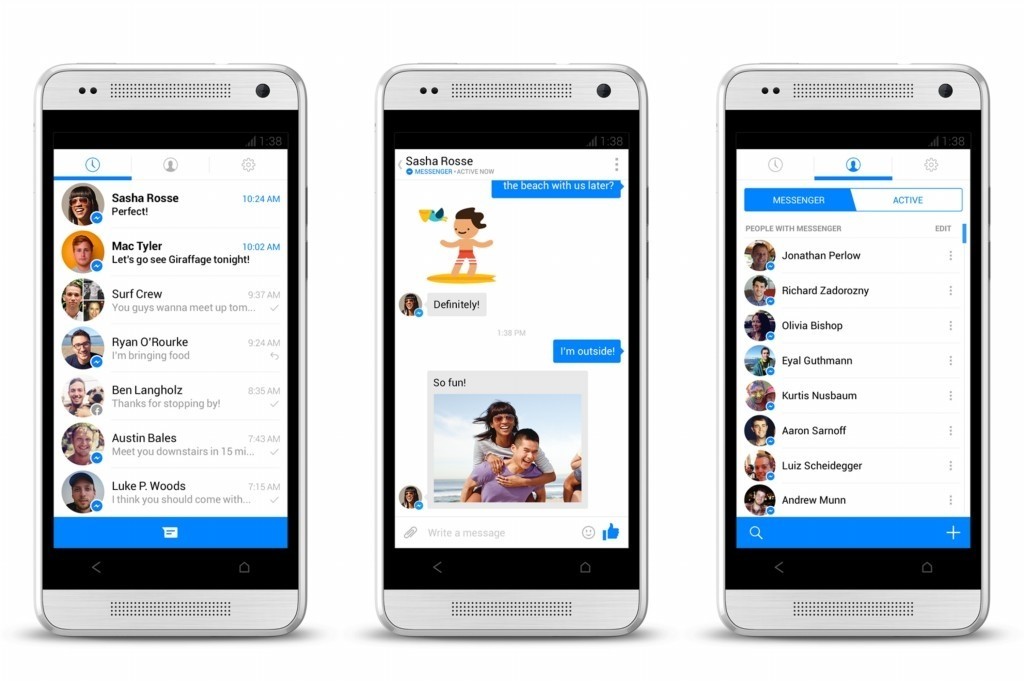 Facebook says that it is ending messaging within its native app in an effort to send more users to its stand-alone messaging app, Facebook Messenger. Not everyone will be forced to use the Messenger app though, and those excluded include Android-devices with exceptionally small amounts of RAM, and Windows Tablets. All other iOS, Android, and Windows Phone users will eventually be forced to either download the Messenger app, or stop sending, reading or replying to messages on Facebook from their mobile device.