Samsung started taking pre orders on its new wearable devices, the Gear 2, Gear 2 Neo, and Gear Fit not long ago. The wearable products all have compatibility with certain Samsung smartphones and offer fitness tracking tech and smartphone notifications. The most feature packed of the devices is the Gear 2. 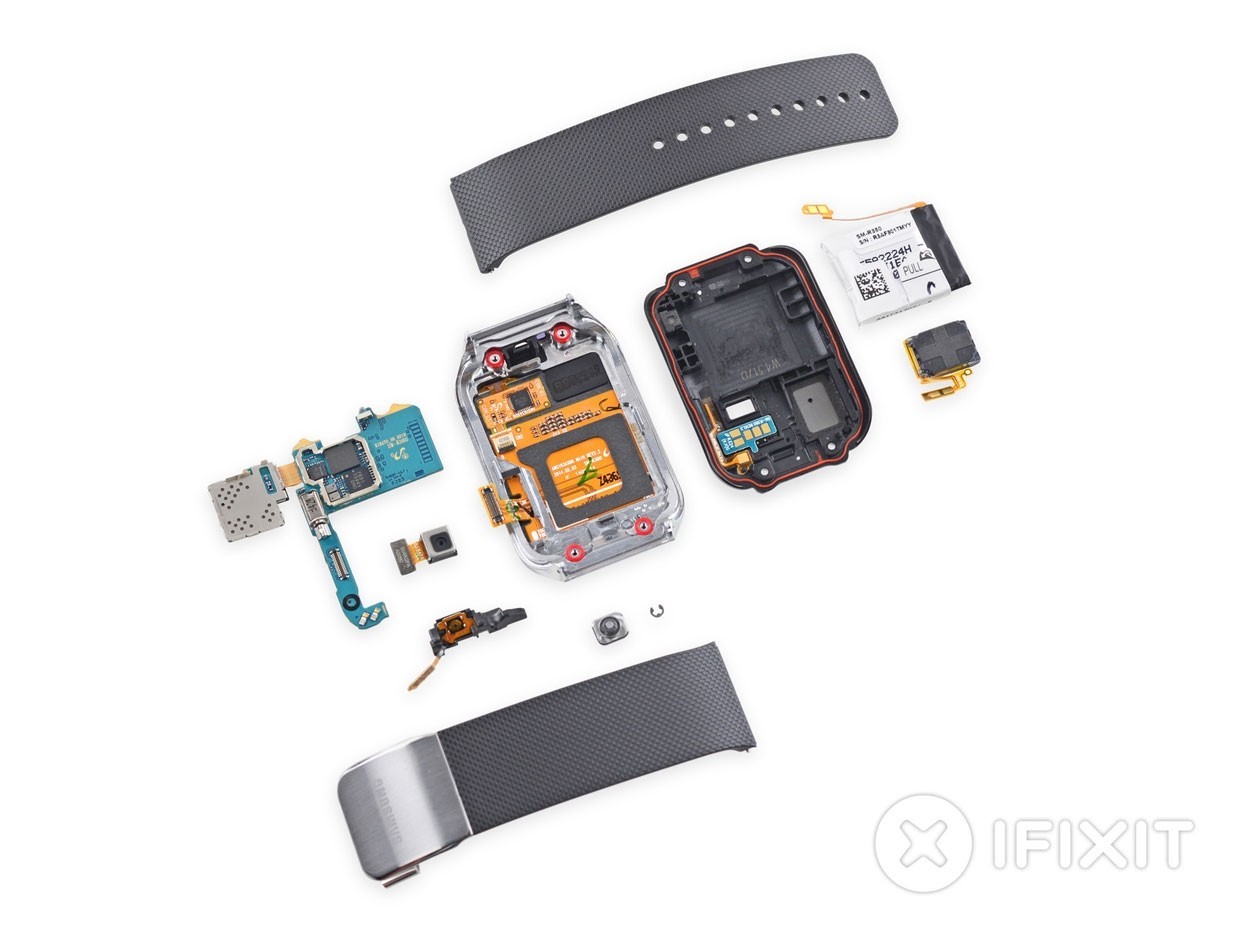 The gang at iFixit has taken a new Gear 2 and torn the smartwatch apart to see what it looks like on the inside and to get an idea what it would take to fix the device. We know the Gear 2 is waterproof and that waterproofing comes in the form of a gasket between the two halves of the case and around each of the screw holes.

One of the good things the teardown found was an easily removable battery. If that battery stops taking a charge you can open the case and replace it with no trouble at all. In fact, one of the only parts that isn't easy to take apart is the LCD assembly. It looks like that entire assembly has to be replaced in one piece if you break a screen. The overall repairability score for the watch is 8 out of 10.